Well obviously I've been terrible at keeping our website updated. Being a small team like us, it's hard wearing all the hats and keeping every community updated.

Since most of our fans reach out to us via the Steam community, Discord, Facebook etc, I spend most of my time on there when I'm not busy doing all other aspects of game development. But anyway, here we are!

Since we last updated this blog, CHANGE: A Homeless Survival Experience has been updated hundreds of times to become a game of such depth I really hadn't imagined would be possible when we began this journey. We've also managed to raise £7500 for homeless charities.

But that's what happens when you spend over six years working on something (Oh god it's nearly seven years on this game please someone make me stop before it hits seven...). And that's why the positive reviews just keep on comin'. We're soooooo close to hitting "Overwhelmingly positive"....

CHANGE is a first across many things for games.

It's the first game that covers homelessness in a serious light with research into the subject to back it up.

It's the first game with more than 2 gender options when you create your character.

It's the first game where you have to deal with your menstrual cycle if you choose to play as a woman. (This serves a purpose in informing players about being a homeless woman)

CHANGE is now translated into several languages, been nominated for over a dozen awards at various shows.... but still doesn't have a metacritic score. Maybe that'll change, seems strange that no one would want to do a write up about probably one of the most interesting indie games in recent years and I mean true indie, not a team that has a publisher and producers on payroll.

Now that it's fully released, we're working on a big DLC for CHANGE, which includes lots of new content along with a new character customisation system and so much more... It'll be releasing in early spring.

One is the best tower defence game ever made...

The other is a secret but stupidly ambitious project that is really the whole reason I became a game developer. It's gonna be a series that'll probably/hopefully take up the next couple of decades. And it'll be like nothing you've seen before....

I think that'll do for an update for now, I have a huge post-mortem coming on the long, harrowing journey that has been CHANGE... we've all been through a lot of things, pandemic aside. I'll get to writin' it. Just as soon as I'm done with this final piece of content for our passion project for the homeless. 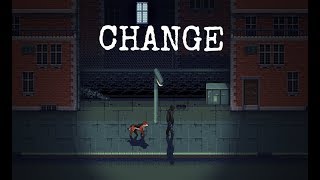 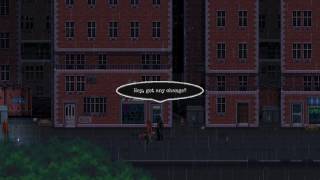